This is going to be an interesting one. As I say above, it's a all time BBL draft. But there's several catches:
* Each person involved in the draft picks a team. (e.g. I'll take Brisbane Heat, my hometown club)
* You are only eligible to pick players who have played for that team. (e.g. I can't pick Glenn Maxwell)
* BUT... there's a twist! If someone else picks a player, you can't take them! E.g. Shaun Tait can only go to one of the Strikers or Hurricanes.
That means there's a lot of strategy in this one. You almost have to guess which players you want won't be taken by someone else.
* The last rule is the same as BBL- maximum three internationals.

As we're doing a BBL draft, we will select a XVIII.

I'd love to have 8 different people in this; but if it's necessary we can double one or two people up. The only ones that aren't allowed to double are Sixers/Thunder, Renegades/Stars, Strikers/Scorchers or Strikers/Hurricanes (as all four have a disproportionate amount of players covering both, so there may be an advantage to game that system).

Melbourne Stars for me please.

So I have a fourth from an interesting place- I was chatting to my dad about it and he said he'd like a go. So I'll help him set up a account tomorrow.

Can I have the men in pink plz

Okay, I have two things I can do here:
1. Hope two more sign up
2. Ask people if they want to take two teams.

I'll wait for 24 more hours, then start to investigate the second.

Before I start this, I'll do one ping (apologies if I am not allowed, I am only doing this as I've seen people in other threads do these).

ddrap14 said:
Before I start this, I'll do one ping (apologies if I am not allowed, I am only doing this as I've seen people in other threads do these).
Click to expand...

Of course you can.

ddrap14 said:
Before I start this, I'll do one ping (apologies if I am not allowed, I am only doing this as I've seen people in other threads do these).

Thanks for the invite but I am going to be taking a break from the site after my current drafts are completed. Just have some things to take care of, so unfortunately I won't be able to take part.

Now that everyone knows the order change, this will change to a squad and pick list post.

I'm going to start with one that will probably annoy half the other teams in the division: Dan Christian 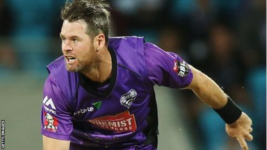 What can you say about him? Double digits in T20 titles around the world, two BBLs, a great finisher with bat (1638 runs at 24/137) and consistent and with good variations with the ball (78 wickets at 28)... brilliant. With the Heat he played four seasons in which he was almost never dropped, won BBL|02 and had a career-best night of 5/26 that season too.
He goes in at 6 (for now)
6. Dan Christian

My first pick is Johan Botha.

Writing the description on his behalf as his computer crashed just after he sent this. 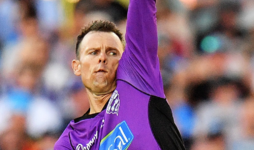 While Botha's actual skill with the ball may seem as if he isn't a #1 pick from the eye test alone, there are other factors. He's supremely experienced, can bowl well in the powerplay, a great leader, a handy lower order batsman and has played many times for South Africa, showing he is a world class player. And one other thing? He's also played for Strikers and Sixers.

@mohsin7827 is up next. An important announcement for everyone though- I'm making a spreadsheet with every BBL player to help you guys pick, should you need it.
[ @Yash. @NePtuNe Gaming @FlynnR1 sorry for all the mentions everyone, just this is also important]
Last edited: Jan 25, 2021
You must log in or register to reply here.