Story CSL: It's time for trades 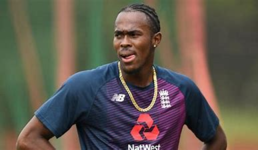 After being anonymous for the first two rounds, Jofra Archer showed up and rolled Nashville.

Josh Philippe and Manish Pandey got St Louis home without loss in a complete reversal of fortunes. Observers noted that the win was built off their openers and bowlers- their two strengths.

Table update: Both teams remain in their spots, and 3rd-6th all have 2 points now- a big boon for Cincy.

Cricket Super League, Round 3 Match 10
Northeastern Conference
Chicago Greens vs Milwaukee Lions
Chicago
Prematch Table Placings: Top of the table clash- they're 1 and 2 and both on 4 points.

At 3/88 after 14 overs, acceleration was needed. Kusal Perera provided it. 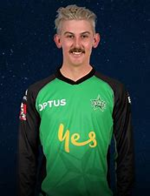 Chicago's pair of death bowlers showed why they are among the best in the CSL. However, their opening bowlers didn't and thaks to the likes of Colin Miller Nic Maddinson, Milwaukee go top.

Janneman Malan was set for a big one before he got run out. With some late impetus from Peter Handscomb, Detroit post 157. 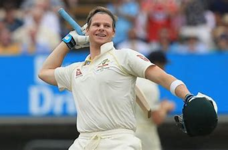 It turned out to be a battle of two champions- Steve Smith versus Lasith Malinga. And the batsman won.

Table update: Philly off bottom and with their first points. 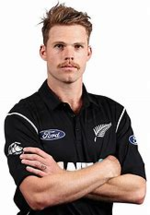 Some days Lockie Ferguson and his mo can be more of a danger to the keeper than the batsman. This wasn't one of those days. And it was another somewhat inconsistent player who turned up to lead Minnesota to the win- James Vince probably could have gone on to 80ish if he had the chnace.

Table update: Minnesota up to third on 4 points.

Cricket Super League, Round 3 Match 13
Northeastern Conference
Atlanta Legend vs Charlotte Queens
Atlanta
Prematch Table Placings: Charlotte are top and unbeaten, while Atlanta will join them moving up from third if they change that. 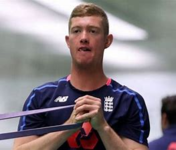 Keaton Jennings turned up with a brilliant 72. After a slight slowdown from Swepson and Krishna, the tail exploded again, to set a target of 185. 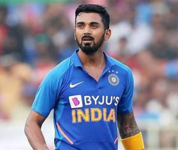 The Atlanta innings mirrored Charlotte- a big start from KL Rahul, a middle overs lull, and a big finish from David and Tare. But the middle lull was lower, allowing a Charlotte win.

Table update: Atlanta will drop places after losing while Charlotte now have played 3 and won 3.

Cricket Super League, Round 3 Match 13
Northeastern Conference
Boston Rams vs New York Queens
Boston
Prematch Table Placings: The intra-NY battle is between New York who are second and Boston who are last and pointless.

Toss: Boston won and chose to bowl
Team news: Boston unchanged despite some batting struggles. New York, who had 3 spinners in their bottom 4, rectify this by bringing Jack Wildermuth in for Rakheem Cornwall. 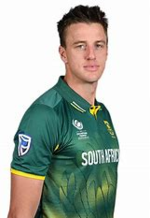 New York lost their way after Tom Blundell fell in the seventh, with Morne Morkel doing the most damage. They had to stumble across the line due to economic spells from Chahal, Rashid and Curran, but the damage done early by Shikhar Dhawan proved to be enough.

Table update: Boston to 2nd on 4 points, New York remain anchored at the bottom of the table.e

Toss: Orlando won and chose to bat
Team news: Both teams unchanged, although it's thought that this has something to do with Orlando having no backup pacemen Orlando exploded! Sanju Samson had the biggest score but all of the top fourperformed. Is there anything MS Dhoni can't do? Okay, he didn't drag Miami over the line, but his support was minimal.

Both sides address depth here, but I'd say Orlando win slightly- to take a player who is much older, they also get a draft pick, and they can be very valuable.

STATS
Total Runs: No point in showing average as these guys all have it too. MSD getting those numbers from 5 is impressive but suggests the top order are struggling. The dynamics of the Finch-Denly pair for Indy are shown in their runs to balls. 38yo Shoaib still has it. Strike Rates: Too early to really say, although Shoaib has the best for anyone over 50 runs.

Net Bowling: Fletcher leading is a surprise, but the battery of very-quicks and spinners behind him is less of one. Xavier Bartlett already on for a big upgrade? Bowling in depth (avg/sr/econ): Too soon to say for reasons such as Angelo Mathews' tournament aggregate being 3/3 from 12 balls 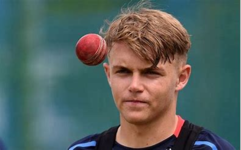 Tight, probing bowling from Las Vegas has them in the box seat to draw even with San Fran. Sam Curran was the pick of the bowlers while SKY's struggles continue. 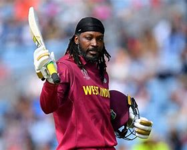 Yikes, Kishan nearly threw that away! But Chris Gayle had done all of the early work and he had done enough. Qpee is very pleased.

Table update: Even stevens at the top as Las Vegas equalise with San Fran with 4-3-1-6 records.

Toss: LA win the toss and bat.
Team news: San Diego unchanged while LA try something very... confusing, and elect to open with Vijay Shankar. We'll see how that goes. 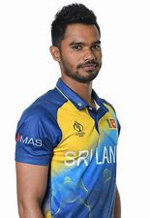 Dhananjaya is now the only LA batsman to average over 25, and is really pushing to go higher. The rest of the lineup... Shankar scored a nice 62 but struggled to accelerate, while the rest was awful.

A very solid fifty indeed by Aiden Markram will be overshadowed by a ton of craziness. Shoaib Malik scoring 36 from 15, Haris Rauf conceding a half-century from just one ball more, and Moises Henriques running himself out after hitting the winning run...

Toss: Seattle win and choose to bat
Team News: Shan Masood in at the top for Jagadeesan for Portland, Seattle with no changes. 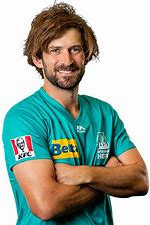 Seattle's batting was a team effort but Joe Burns stood out with 62. That said he did statpad a little against Mayers. Portland went too hard at it. Shan Masood was a bright spot but after the dismissal of him and Josh Inglis in consecutive balls, the spin corps and Nassem Shah took 10/71.

CSL, Round 4 Match 4
Western Conference
Kansas City Sharks vs Austin Thunderbirds
Kansas City
Prematch placings: Well, three teams in this division are 3-2-1-4 and three are 3-1-2-2. Austin are the former, Kansas are the latter. Austin struggled. Three batsman got to 30 but none to 40, and Ashton Agar impressed with economy and wickets. Kansas' chase wasn't impressive either, mainly because Jasprit Bumrah wrecked their top order. But they did make it over the line thanks to Gaekwad, Agar and Roland-Jones.

After an awful start, Dallas regained some composure in the middle order. But thanks to the likes of Ibrahim Zadran, they couldn't accelerate at the death and could only make 140. Sean Abbott and Alzarri Joseph left Houston 5/56. This was not able to be recovered from, try as Adam Lyth might.

CSL, Round 4 Match 6
Western Conference
Denver Prime vs Phoenix Broncos
Denver
Prematch placings: If Phoenix win this, everyone will be on 4-2-2-4 It wasn't a bad effort by Denver but Rahul Chahar's death bowling ensured all six sides would be even.

Yesterday at 9:56 AM
Till Valhalla