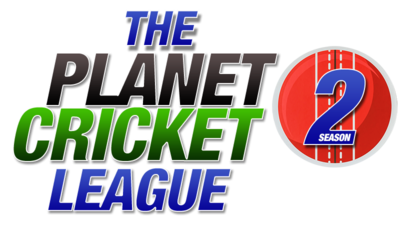 Pitch Type :- HARD
The Pitch is a heaven for batsmen and hell for the bowlers out there. Expect tons of runs here.

Lineup Rules :-
You know them by this point.

It's a Royal Rumble Rebelz!
Y

ROYAL MAVERICKS
Playing XI
Final Match 1​
Gokul Raj Kamaraj (@Gokulraj Kamaraj )
Abel Harland (@James_13 )
Van Divine (@VDQuint )
Gayle Storm (@Pinch hitter )
Dikshansh Darshan (@Life Warrior )
AJ Mods (@AJ MODS )
Yash Hirani (@Yash. )
Prabhul KV (@YouWeCan Alias Prabhul )
Mukesh Ambani
Vijay Mallya
Sultan MS Nama (@Sultan Ms Nama )​
[DOUBLEPOST=1601386264][/DOUBLEPOST]Abel Harland comes back in for the final, after a break of two matches. Other than that, the whole team is pretty much the same. Gokul has really been the star player for us in the second half of the season, while Gayle absolutely belted all attacks in the first half. Let's hope they both fire in this match. Ambani would be keen to take the highest wicket takers spot from Manish Reddy. Let's hope we'll destroy the Rebelz and finish this final series within two matches.

Ryan has been great in FC format. With this lineup, we can have the depth in batting and quality seam+spin attack. Hoping for a good game of cricket.

Backing Rebelz for this one!

So we have come to the final stage! Now this'll be an interesting match up. Lets see who wins!

Oh! We have reached the finals. Top stuff.

Hello everyone and welcome to the first final of the First Class Leg of the season two of The Planet Cricket League. Both these teams played in the final league stage match, and are now pitted against each other for the first final for the coveted trophy.

While the Royal Mavericks have completely dominated through the league stage, the Xtreme Rebelz have been on a topsy turvy ride, as they looked down and out after Round 4, but came back with a roaring win against the Lannisters in Round 5, which eventually made them qualify with a point more than the Lannisters.

Let's talk about the lineups from each of the teams and their strengths and weaknesses.

They have gone with their settled lineup which has won them most of their matches. Everyone knows that their strength lies in their batting, with Gayle Storm and Gokul Raj Kamaraj among the leading run scorers of the league so far. While the second opening batsman has been a spot of bother for them with both Abel Harland and John Peterson not performing as they were expected to, the lineup is still formidable with batting upto no. 7, with everyone in the lineup having scored at least a fifty.

Their bowling has been superbly led by their star pacer, Mukesh Ambani, who is the second highest leading wicket taker in the league so far. Apart from him, Sultan MS Nama and Vijay Mallya have also been excellent, providing crucial breakthroughs, and stopping the flow of runs. Although Yash Hirani and Prabhul KV haven't been as consistent as the Mavericks would've liked, they still can't be underestimated.

However, no team is free from weaknesses. We have seen their batting crack from time to time, although not as much in the First Class format. If the Rebelz dismiss Gokul, Gayle, and Van Divine cheaply, they are in for a good chance as the Mavericks bowlers have been used to bowling with a big scoreboard cushion on their backs.

The Xtreme Rebelz have chosen to bring in Ryan Olson, for BD Chhatriwala. This move gives them a very long batting lineup, sending in Barry Allen at no. 9. This long lineup could be quite helpful for them to gather quick runs near the end of their innings. Another team having their batting as their strength, Rebelz would be keen to take revenge for the loss they experienced just a week ago against the same opposition at the same ground.

Their batting has been heavily dependent on the form of two guys, Don Hamza and Ali Bubere, both of whom have scored over 500 runs in the league, with Don Hamza being the second-highest run scorer in the TPCL so far. However, Kushal Choudhary has come back into form at the best time for the Rebelz, making a century in the previous match. In the first half of the season, Bilal Ansari showed his batting prowess, taking the Rebelz to a close win over the Wildcats and almost winning the game against the Lannisters. The Rebelz will be hoping he comes back to form on the big stage.

Coming to the bowling, the Rebelz haven't had the most stable of bowling lineups. Barry Allen, Federico Silva, Ashutosh Kushwaha, and CarryMinati all have shown sparks of brilliance but haven't been able to carry the form. Still, they'll be optimistic of stopping this batting lineup and winning this for the Rebelz. Another weakness for them would be their out of form lower order, which could be easy pickings for the Mavericks bowling, especially Mukesh Ambani. However, it doesn't take long for someone to come back in form, so the Rebelz would be hoping that their batsmen contribute enough to make them win.

NOTE :- I request all of the guys who wanna follow this match, to click on "watch this thread" at the top, so that you don't miss on any update (as it is difficult to keep taggin every member of the lineup again and again)​
Last edited: Sep 30, 2020

Mavericks can still forfeit the game to save themselves the embarrasment.
L

Salman. said:
Mavericks can still forfeit the game to save themselves the embarrasment.
Click to expand...

Really??
You lost one game and one draw against us in league stage matches.
It applies more on Rebelz than us!
Y

Life Warrior said:
one draw against us in league stage matches.
Click to expand...

That too saved by the rains.
You must log in or register to reply here.