Tri-Nation Test Tournament​
Hello everyone and welcome to the Tri-Nation Test Tournament. The Tri-Nation Tournament is actually a Test tournament between three teams and it is organized in mutual co-ordination by the Board of Council for Cricket in India(BCCI), Cricket South Africa (CSA) and English Cricket Board (ECB). The tournament actually will be conducted through six bilateral series of 3-match each with each team getting to play both home and away series with the opposition. The Teams involved in this tournament would be India, South Africa and England. The series will consist of :-
The Simulator used for this league will be:- Syedur Rahman Simulator

The tournament sponsors are :-

Arun Jaitley Stadium, New Delhi
A dry pitch helping spinners throughout the match. Batting here is a bit difficult as the pitch doesn't offer pace for the batsman to play on the rise shots early in the innings but once you get yourself in you can get a big score because of the slowness of the pitch.

Eden Gardens, Kolkata
Traditionally a spinning track but sometimes it offers help to the seam bowlers in recent years. The batting is a bit easy until you get accustomed to the uneven bounce.

Green Park, Kanpur
Since not much of Test matches are played over here the surface isn't much known. Most probably it would be a competitive pitch for both batsman and bowlers.

M.A. Chidambaram, Chennai
Coming to Chepauk you would always expect the ball to spin a bit but initially the batsman would dominate the bowlers.

M.Chinnaswammy, Bengaluru
The Chinnaswamy is typically a graveyard for bowlers. The flat pitches over here mostly are well in favour of the batsman.

Wankhede Stadium, Mumbai
Probably one of the most bounciest surfaces in India, the Wankhede is a batting paradise for first couple of days while there is always slight turn on offer. The teams generally prefer batting out the opposition.​
England

Ageas Bowl, Southampton
The pitch is good for batting early in the match with some decent help to the pacers. As you go through the match the pitch would become spin friendly and batting would become difficult.

Edgbaston Stadium, Birmingham
It has a surface that is more conducive for slower bowlers who can move the ball. The pitch is generally difficult for batting and is low-scoring.

Headingley, Leeds
This ground in Yorkshire is a batting paradise and it doesn't provide much help to the bowlers. The surface is slower than most of the pitches in England and is nice to play your shots right from the time you are at the crease.

Lord's, London
The hollowed turf as Lord's is generally a good bowling surface and the batting is generally difficult when the ball is going down the slope. Over the recent years the pitch over here is batting friendly.

Old Trafford, Manchester
This is the truest and the bounciest surface in the country and is competitive for both batsman and bowlers.

The Oval, London
Much like Headingley, The Oval is a slow surface where the ball nicely comes on the bat. There are some big scores on offer.

Trent Bridge, Nottingham
The small boundaries and the flat pitch pretty much favours the batsman. Beware of the Overcast skies as it suddenly starts seaming around over here!​
South Africa

Kingsmead, Durban
The surface over here generally very unpredictable in terms of bounce. A slightly slower but a bouncy pitch.

Newlands Stadium, Cape Town
A very much subcontinental pitch where the spinners get some turn. It is also good for batting if you play the spinners well.

New Wanderers, Johannesburg
The pitch seams around a bit but equally helps the batsman and the short boundaries makes it even more easier to score boundaries time and again

St. George's Park, Port Elizabeth
This is very much a slow surface but has good bounce and is a bit pacy. Although it does help the batsman a bit.

Supersport Park, Centurion
This is the bounciest surface in South Africa and has some pace in it. A hard surface good for batsman who can get on top of the bounce.​
Last edited: Dec 11, 2020 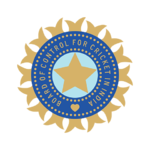 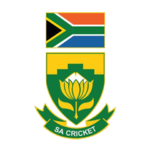 So the signups are as follows

Akshay. said:
Can we select different squad for different series or it will just be 18 player squad for all series?
Click to expand...

18 for now. You will select 15 from that at the start of a series.
You must log in or register to reply here.

On Hold Toyota Cricket Cup - A Glorious Ceremony Awaits Us...
3 4 5