First 3 PCPL: I was not on PC
PCNL = ALLIANCE

Although i Didn't sign up in the PCPL 5, i was actively following it and liked it much.....

To be honest, last season was much better than this year's...

I have participated in two seasons (both as OWNER and a payer):

Wasn't a good one though this one looks much more impressive with the management and previous one was the best I must say with the activity being high.

Ali. said:
both as OWNER and a payer):
Click to expand...

But you never paid us

Naman Thakur said:
But you never paid us

This is my first PCPL. I'm an onwner and captain as well. I didn't have a particularly good start to my career, but hopefully it'll get better. Last year i was not surprised in not getting picked in the pre season auction, since i was inexperienced. But by the time the mid season auctions came along, everyone knew me pretty well, and i was massively disappointed in not getting picked. Not only that, but only one team showed interest in me, and that team were the Amigos, who were the worst performing team in 2 out of 3 formats

Ali. said:
I paid the PCPL management and it's their work to pay you @The Punisher
Click to expand...

Win the cup, then you guys can debate who is getting what

As from our side, we take 25% off the winners total

2nd PCPL Season for me as an Owner and the Player.

Small Bio:
The first season was really great in terms of activity and this season is great in terms of management. I batted really well in the last season with couple of tons in FC and a ton in OD. I was the highest stake holder in The Amigos alongside @Ali. and some vCash were contributed by Neer and AtomX. We got really quality players in the last season through auction where nearly 40% of team consisted of old/experienced players like @Zaxotes @SinghB @Tarzan @AtOmX and we would have won atleast one format if all of them remained active.

I was made the FC captain and we won the warmup games and couple of early games (if my memory serves right) but then we lost almost everything due to inactive team players. I still remember @greymatter776 striking with the ball with 9 wickets in an FC innings which remains a history since then. On start of this season, I was approached by @Ali. if we can continue with the team ownership. But I denied as to join the auction to have fun of being an ordinary player. @Ali. was managing the XX solo until he approached me again and I accepted this time. He returned the vCash share to Neer and AtomX and they exited and we both took over the full ownership. We both planned the auction targets to perfection and got 99% of what we had to get. Team is completely balanced in all the departments and our performance of bowling out the opposition and batting to the perfection says it all.

We apologize to all those were approached by us in the last season and were not picked due to some reasons like budget limitation, player quotas in that particular round etc... You were left out due to inactivity in PCPL forums as of last season

I have participated both as captain and player in two PCPL seasons.

Last year played for The Demons. (As a player)
Was picked in mid-auction :P

Now playing for Sky Hawks (As owner and player)

*gives a glass of water*

Jager Bombers is the greatest PCPL Team of all time! (proud owner and player for two seasons

) back when the league section was in it's prime.

Where else do you find Iridium, CG, Chewie, Pranav, Hedger, Haarithan, Riz and me in one team

Jager Bombers - "It seemed like a good idea at the time!" - Planetcricket National League on PlanetCricket Forums
Last edited: Dec 8, 2016

swagnemite said:
Jager Bombers is the greatest PCPL Team of all time! (proud owner and player for two seasons

) back when the league section was in it's prime.

Where else do you find Iridium, CG, Chewie, Pranav, Hedger, Haarithan, Riz and me in one team

Jager Bombers - "It seemed like a good idea at the time!" - Planetcricket National League on PlanetCricket Forums
Click to expand...

It has been a long journey.

It has been a long journey.
Click to expand... 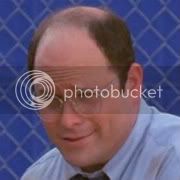 Guys, share your experience, don't jump in the previous seasons.
You must log in or register to reply here.