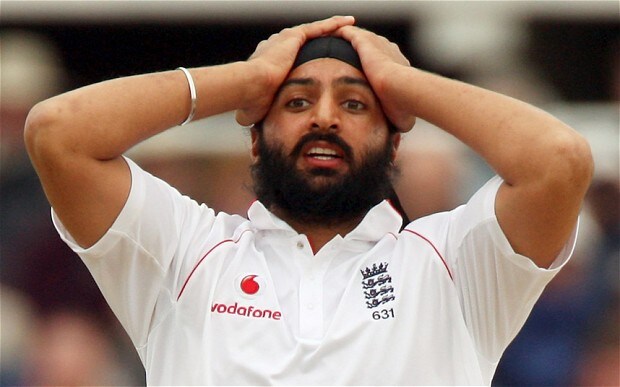 - - -
​
The process of pulling "a Panesar" has a history going back exactly a month to the Lucky Dip round of the Layer Cake Draft, in which I took advantage of a rule set I wrote to be deliberately confusing and nominated Monty Panesar to the Lucky Dip, only to reject him myself. This was an obviously underhanded move. So, naturally, when the Lasagne Draft came along the Lucky Dip nominations comprised some 55% of "Panesars", which was hilarious.

And so the thought came to me. How would you base an entire draft around Panesars?


- - -​
Welcome to The Panesar Draft
“If something seems completely doomed, just give it a little more time. Worst case scenario, you get to be right. Just find out for sure.” - Jon Bois​
This draft will happen in two phases. The first phase will be The Unlucky Dip. Ahead of the Unlucky Dip, you will nominate five players: they will all be Panesars. That is to say, you will be nominating players that you have absolutely no chance of getting back. There is nothing to stop you being as harsh as you want... except for Rule 3 (we'll get to that in a moment).

How did the Unlucky Dip go?

Once every team has five probably terrible cricketers, we will hold The Recovery Draft. Seeing as all of our teams will be horrendous at this point, it will be your usual snake draft (in which we pick in a 1-2-3, 3-2-1 kind of order). In this phase, you can pick almost anyone to try to fix your team. I say "almost" because there is Rule 4.

Please remember when selecting your players that your six remaining players have a total limit of 50 Test caps. There is no rule against uncapped players.

If so, please sign up in this thread and PM me your list of Unlucky Dip nominations. As always, I will PM one of you my own list of nominations and the reserve list so that you can verify that I'm not cheating in any way. Have fun! (And it really will be enjoyable, even as you watch your team fill up with terrible players.)

Combining the best aspects of two entirely different drafts? Too good to pass on, I am in.

Master Bates said:
In this time!
Click to expand...

Bevab said:
Combining the best aspects of two entirely different drafts? Too good to pass on, I am in.
Click to expand...

Y'all are in. I'm going to cap this draft at ten people, so there are two more spots left.

Only two more??? *Scrambles to register in in in in dfgkngdfkgndfk.*

In[DOUBLEPOST=1586690279][/DOUBLEPOST](Promise, I will make efforts this time and will do better then the last time.)

deleted member said:
In[DOUBLEPOST=1586690279][/DOUBLEPOST](Promise, I will make efforts this time and will do better then the last time.)
Click to expand...

I checked Ajay Sharma's record, and he averaged 67 in 129 FC matches

4th best average for anyone with 50 innings minimum, and played only 1 Test!

CerealKiller said:
I checked Ajay Sharma's record, and he averaged 67 in 129 FC matches

4th best average for anyone with 50 innings minimum, and played only 1 Test!
Click to expand...

There is a reason why people are still doubtful over Ranji Trophy's actual quality even now. Too many players have dominated the domestic scene but failed to translate that to the international stage.

El Loco said:
Only two more??? *Scrambles to register in in in in dfgkngdfkgndfk.*
Click to expand...

deleted member said:
In[DOUBLEPOST=1586690279][/DOUBLEPOST](Promise, I will make efforts this time and will do better then the last time.)
Click to expand...

Well this makes eleven, but I have a long and proud tradition of ignoring my own caps on how many people to include. You're both in
You must log in or register to reply here.