Out of all the GIFs you could find, you post one with a West Indian batter. Hmph.

qpeedore said:
Out of all the GIFs you could find, you post one with a West Indian batter. Hmph.
Click to expand...

It was just co incidence :/
Q

No worries, that was his 500th I think. Brathwaite perhaps.

Might as well tell @Parth D that his two O' picks are invalid in that case if you're going against the prefixes for surnames. And nobody can claim that Shakib Al Hasan is an A. Or Inzy is a U.

Just being facetious though. I have no issues with the rule.
Click to expand...

While yes, no one can pick Al with A or Inzy with U.

I will allow the O' because it's joined to the last name... If it was Shakib Alhasan or Inzamam Ulhaq that would've been fine....

ahmedleo414 said:
While yes, no one can pick Al with A or Inzy with U.

I will allow the O' because it's joined to the last name... If it was Shakib Alhasan or Inzamam Ulhaq that would've been fine....
Click to expand...

My next pick, Greg Chappell Upright and unbending, with a touch of the tin soldier about his bearing, Greg Chappell was the outstanding Australian batsman of his generation. Though he had an appetite for big scores, it was his calm brow and courtly manner that bowlers found just as disheartening. He made a century in his first and final Tests, and 22 more in between - although perhaps the outstanding batting of his career left no trace on the record-books, his 621 runs at 69 in five unauthorised World Series Cricket "SuperTests" in the Caribbean in 1979, off a West Indian attack of unprecedented hostility. Less empathic as a captain than his elder brother Ian, he nonetheless won 21 of his 48 Tests and lost only 13. He lost the Ashes in 1977, but reclaimed them in 1982-83. His feat of scoring centuries in each innings of his captaincy debut is unequalled.

@Ashutosh. you can go for the next pick

qpeedore said:
Or Inzy is a U.
Click to expand...

Good thing I took him as an I!

@Murtaza96 you are next

My next pick, will also serve as the captian of my team Sir Clive Lloyd 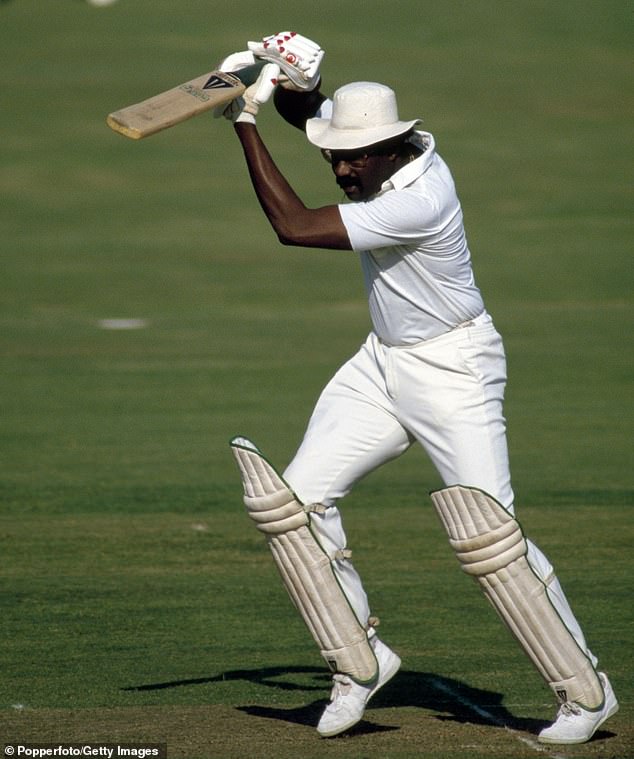 6'5" with stooped shoulders, a large moustache and thick glasses (his eyes were damaged when he was 12 as he attempted to break up a fight at school), Clive Lloyd was the crucial ingredient in the rise of West Indian cricket. A cousin of Lance Gibbs, he was a hard-hitting batsmen and one of the most successful captains in history. An almost ponderous, lazy gait belied the speed and power at his command and the astute tactical brain that led the West Indies to the top of world cricket for two decades.

Clive Lloyd made his first-class debut as a left-hand middle-order batsman in the then British Guiana in 1963-64 and played for Haslingden in the Lancashire League in 1967. He was offered terms by Warwickshire before signing for Lancashire, making his debut for them in 1968, and winning his cap the following season.

Lloyd had already made his Test debut, against India at Mumbai (then Bombay) in December 1966, hitting 82 and 78 not out as he put on 102 runs with Sobers to win the match on a pitch helping the spinners. His first home Test also brought his first Test century, 118 against England in Trinidad that helped stave off defeat. Another century followed in the fourth Test of that series to confirm he was at home at the highest level. Touring Australia in 1968-69 he hit another Test century, at Brisbane, in his first Test against them.

Lloyd was named a Wisden Cricketer of the Year in 1971 for his performances in the previous 12 months, when he'd scored 1600 runs for Lancashire at 47. Often raising his game for the big occasion, he struck 126 against Warwickshire at Lord's to help Lancashire to the Gillette Cup (1972), and hit a wonderful century in the first ever World Cup Final at Lord's in 1975 to take the West Indies to victory.

At his best Lloyd was a flamboyant destroyer of bowling. His heavy bat, powerful shoulders and full swing of the arms could turn the course of any game, once scoring 201* in just 120 minutes against Glamorgan - equalling the record for the fastest ever first-class double hundred (1976).

For my #8, I will absolutely take Monty Noble. Not only is he a good enough spinner to make the team alone, he can also bowl mediums and bats with an average of 30.

Brian Lara for me.

@Parth D
You must log in or register to reply here.