Draft: The Alphabet Draft 3 - Revenge of the Consonants

I was doing things based on first and last name only. This opens up a lot. I know I have a late pick, need research.

Adam Gilchrist at no 7
@qpeedore

@qpeedore missed his time, so it's my turn next. 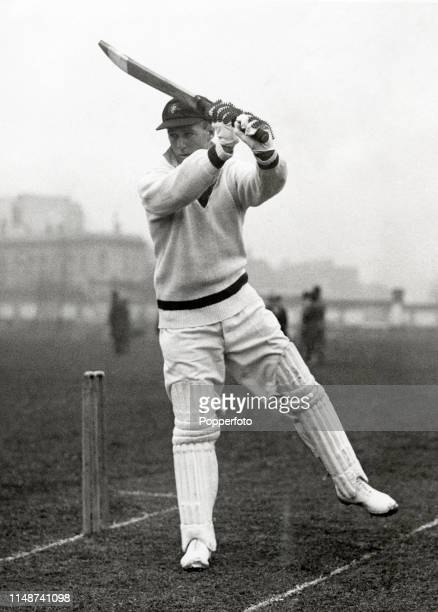 Ted a'Beckett, one of only three surviving members of the Australian side which toured England in 1930 ( Bradman and Ponsford are the others), died on June 2. He was 81. Born in East St. Kilda, Melbourne on Aug. 11, 1907, Edward Lambert a' Beckett, 6 ft tall, came from a distijnguished legal and sporting line, and the needs of his profession (law) restricted his cricket at toplevel. At 21, after only six first-class matches, he was drafted into the Australian XI soon after Jack Gregory's breakdown against England in 1928-29, and distinguished himself on the second day of his Melbourne debut by scoring a confident 41 and adding 86 for the seventh wicket with 20-year-old Bradman (79) and then dismissing 45-year-old Hobbs, who snicked a widish ball, before close of play. It was a'Beckett's only wicket, and he took only Sutcliffe's at Adelaide, where England went four-up after four. His two Tests brought him 2 for 216 and 104 runs (some of them `crude', according to P. G. H. Fender) in four innings, though his catches to remove Hendren and Hammond (200) at Melbourne were brilliant, the first at mid-wicket from a full-blooded pull, the second at mid-on, flinging himself to his left as Hammond rounded a ball from offspinner Blackie. He lost his place for the fifth Test, won by a resurgent Australia, but secured a berth to England with Woodfull's youngsters in 1930, having been first in the national bowling averages in 1929-30, not only alphabetically but statistically: 28 wickets at 14.71. He was also 15th in the batting, helped by an innings of 152 for Victoria at Adelaide. He played in only one Test in England, the third, at Headingley, while Bradman scored in 334: A'Beckett was at the wicket when The Don was caught behind to make Australia 508 for 6, and went on to 29. But his fast-medium bowling, if hard to get away, was unpenetrative. He managed only Duckworth's wicket for 66 off 39 overs in the match, but again attracted praise for his fielding, catching Hobbs at silly mid-on. On the entire tour he scored 454 runs (25.22) and took 23 wickets (28.96) having missed a month through illness. He played in one more Test, against South Africa at Melbourne in 1931-32, before his legal pursuits took the Melbourne University graduate away from big cricket. He made no mark on that much, and finished with figures of 143 runs (20.43) in his four Tests, his three wickets costing 317 runs. In all first-class cricket he scored 1636 runs at 29.21 and took 105 wickets at 29.16 (6 for 119, v NSW, Sydney, 1927-28, his best return). A'Beckett's weightiest batting performance, 113 and 95, was somewhat overshadowed by the world-record 10th-wicket stand of 307 by New South Wales batsmen Kippax and Hooker over Christmas 1928. Not only did he come within a stroke of making twin centuries in that extraordinary Melbourne match, but he ended the amazing last-wicket resistance by having Hooker, the No. 11 caught for 62. Having won his colours at cricket, athletics and Australian Rules football at Melbourne Grammar School, Ted a'Beckett pursued the winter sport as well, until a serious head injury forced him to abandon football. 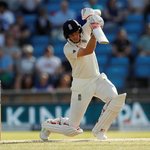 "You want to be busy and try and get the scoreboard moving, and showing that intent when you go out there is important."

Let's round up my pace attack with probably the best fast bowler of this generation...

"Ranganath" Vinay Kumar and that completes my India requirement 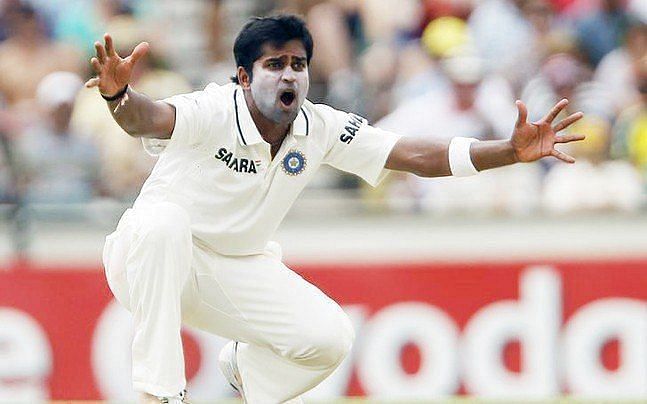 Vinay Kumar is a seam and swing bowler who relies more on legcutters, slower balls and accuracy, than on outright pace. Making his first-class debut in 2004-05, he quickly established himself by taking more than 20 wickets in each of his first three first-class seasons. Vinay soon added the inswinger to his repertoire, and his consistency earned him an IPL contract with Royal Challengers Bangalore in 2008. His first defining domestic season was in 2009-10, where he captured 46 wickets, besides mentoring his fast-bowling colleagues, Abhimanyu Mithun and S Aravind, to lead Karnataka to the Ranji Trophy final for the first time in 11 years. Some good performances in IPL 2010 earned him a spot in India's squad for the World T20 in West Indies, but he has not been able to hold it down consistently. His most recent international appearance came in 2013.

The high point of Vinay's career came when he led Karnataka to a historic, unprecedented treble of domestic titles with the team winning the Ranji Trophy, Vijay Hazare Trophy and the Irani Cup for two successive seasons in 2013-14 and 2014-15. Vinay's own contribution with the ball was noteworthy as he picked up 29 and 48 wickets respectively, but it did not lead to a national recall. Vinay finished as Karnataka's leading wicket-taker in the 2015-16 domestic season as well but the team failed to make the knockouts of the Ranji Trophy and could not add any other domestic title to their kitty. Vinay had an underwhelming IPL 2015, too, taking only seven wickets in 13 matches after Mumbai Indians acquired him from Kolkata Knight Riders.

just a reminder to @Yash. @sanchitgarg @Mittal2002 and @qpeedore to complete your country requirements.

Note: You must use your original word to complete that requirement, even if that means losing one of your other picks.
Q

In time, in time. Let me watch out this Test match first lol.

5. Irvine Shillingford
6/7
Bio from Cricinfo:
Irvine Shillingford was a gifted batsman who made his first-class debut aged 16, but had to wait another four years for his second appearance, when he impressed batting No. 3 against the touring Australians - thereafter he scored consistently for more than a decade without coming close to international recognition. A superb 1976-77 season finally saw him called into the West Indies side at the age of 32 for the second Test against Pakistan, where he made 39 and 2, but in the third Test at Georgetown he blasted 120, but by the end of the series he had lost his place in a powerful batting line-up. He was again in excellent form the following season, hitting his career-best 238 against Leeward Islands at Castries, and when the Packer rebels disappeared he was given another chance, against Australia in Guyana. But he made 3 and 16 and was again dropped. In a different era Shillingford would have made far more than four Test appearances

@Mittal2002 missed his time @sanchitgarg is next

At no 11 Makhaya Ntini
@qpeedore
You must log in or register to reply here.