To clarify, by opening the bowling I mean at either end. So bowler 1 or 2 in at least one innings of the match, plus a century at position 8 or lower.
Q

This is getting incredibly interesting. Everyone is second-guessing their picks and I'm seeing that maybe the obvious isn't so obvious in the end.

1. @ddrap14 - Richard Hadlee: 103 vs. West Indies
This was scored against an attack that contained the likes of Holding, Garner, Croft, and Roberts. No easy feat, it automatically sort of makes every run even more valuable. And while Hadlee was no rabbit, you'd consider him a bowler first.

2. @Neptune - Ray Lindwall: 118 vs. West Indies and 100 vs. England
I'll tell you something, Lindwall is a little underrated as a batsman. Any opening bowler who can average more than 20 with the bat is an asset. It shows more than a one-off sort of performance from him as evidenced by his two centuries meeting the criteria. However, maybe because of that, more people picked him than anything, so he's ineligible this time around.

3. @ahmedleo414 - Kapil Dev: 116 vs England and 110 vs. England
The first thing that comes to mind when I think of Dev is Walsh breaking his record of 434 wickets. Dev was that good of a bowler that he held the record for something like six years. Almost makes his batting redundant, but he was a good batsman. Most of his centuries came at number 7, just to show how highly considered of a batsman he was, but he had a couple at 8. Again, Ahmed went brave with one of the obvious picks, and it continues to pay off.

4. @CerealKiller - Wasim Akram: 257 vs. Zimbabwe
THE obvious pick this round, CerealKiller went for it, and as a result, ended up getting one of the Kings of Swing. The principle of Occam's Razor at its absolute best with this pick. I don't even need to say anything about Wasim as a player, he's just that good. CerealKiller on the board with one hell of a first player.

5. @Aislabie - Ray Lindwall
A victim of the guess/counter-guess line of thinking for the second round in a row. The less-obvious picks seem like they're the ones to go with, yet those players in themselves become incredibly obvious as a result. This is the sort of Draft where Aislabie is going to have to dig deep into his incredibly vast knowledge of cricket and get us some of the more obscure players. Or he could just go with the blatantly obvious and hope.

6. @Yash. - Ray Lindwall
Another unfortunate victim of the "too much research" phenomenon that seems to be a feature of this Draft so far. Lindwall is definitely not a bad pick, but he's so not-bad that he's multiple-picked.

7. @sanchitgarg - Shaun Pollock: 111 vs. Sri Lanka and 106* vs. West Indies
Pollock is unique among those picked (apart from mine) in that one of his centuries actually came at number 9. He's one of those players that, in my opinion, flew under everyone's radar, including myself. I knew he'd scored centuries. I knew it was lower down the order. Still didn't consider him. He's another one of those players that you know him more for his bowling, but he could bat too. Even to the extent that you'd say he was a pure all-rounder.

8. @Mittal2002 - Imran Khan: 135 vs. India
Another of the great all-rounders of the game. Khan has scored more centuries than the one 135 above, but he either scored them higher in the order, or he didn't open the bowling. I expected more people to pick the current Prime Minister of Pakistan, but again, it shows the value of being brave and going with the obvious rather than trying to play mind games with the other members.

9. @qpeedore - Stuart Broad: 169 vs. Pakistan
When Broad began his career, I didn't rate him too much. He wasn't quite a bowler, he wasn't quite a batsman. Somehow he managed to prove me wrong over the years and regularly opens the bowling for his team while being relatively dependable lower down. If anything, I'd say his bowling has improved while his batting has fallen away, but we can't all have it made perfectly.

This round shows once again just how the mind games can affect the picks. Lindwall was a really good pick, but he wasn't the obvious. Those who went with the obvious ended up succeeding, while those who figured there's no way anyone would go with Lindwall were proven wrong.

Discussion on this round is open.

The Wisden Cricket Almanac(k) is pretty much the be-all, end-all of cricketing stats and information on an annual basis.

This was the round I was most confident about getting my player, so pretty disappointing to see that.
Q

You weren't the only one confident about choosing Lindwall. Like I said before, this Draft is proving to be most intriguing in terms of mindsets over picking players!

Yash. said:
@CerealKiller Really expected you to go for him. Disappointed in you

I think even Ashwin qualified in this criteria, in this match 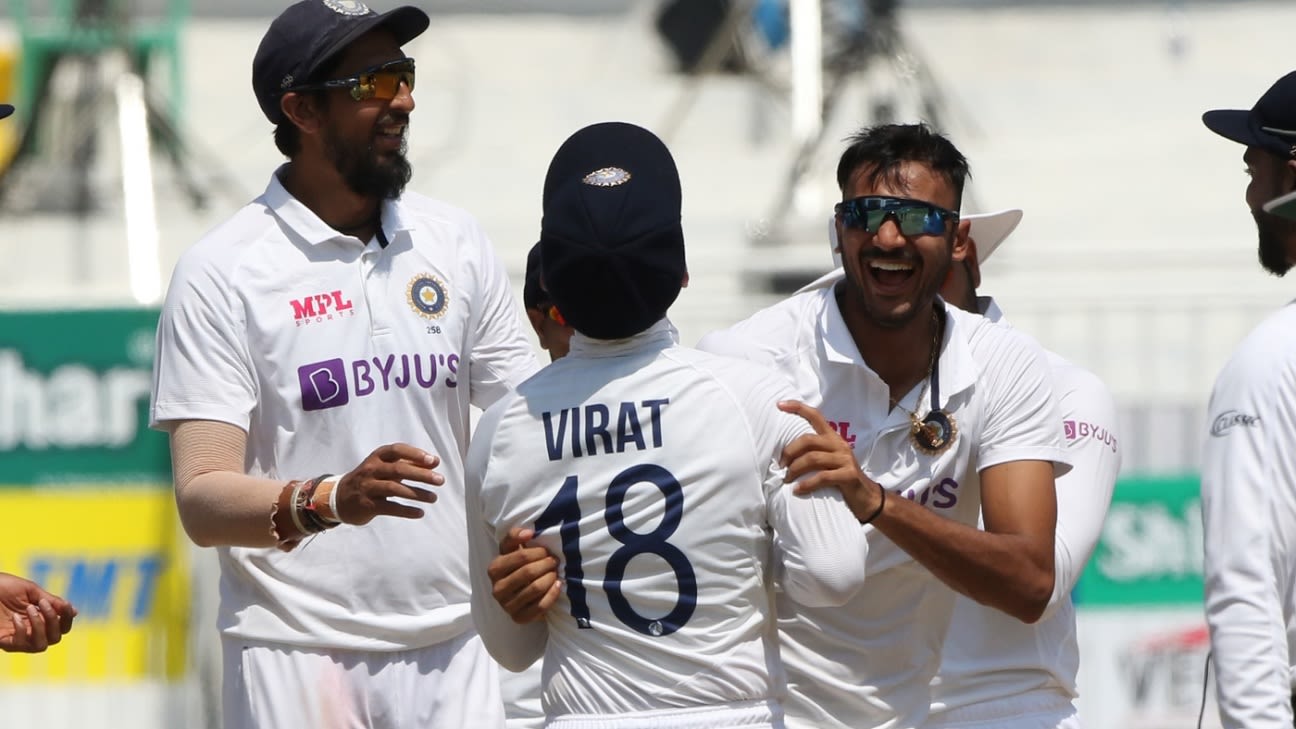 Akshay. said:
I think even Ashwin qualified in this criteria, in this match

It was going to happen at some point, better he got Wasim early on, else there might have been anarchy on here.


Akshay. said:
I think even Ashwin qualified in this criteria, in this match

Yep, Ravi Ashwin did qualify. Except...I just don't like the guy. Nothing against him personally or anything. I happen to simply not really like him. Great player though, by all means I can't do what he does so props go to him for it.
Q

After two rounds back-to-back where a few players missed out, this one was something of a way for them to recover and find themselves back into the thick of things.

1. @ddrap14 - Adam Gilchrist: 2002
As ddrap said in his PM, Gilly was in an era where there were a lot of great cricketers around. And it no doubt would have been difficult to select just a handful of players in any of those years. As he also said, the guy can keep too, and that's always a major bonus.

2. @Neptune - George Headley: 1934
Headley being born in Panama is a piece of trivia that pops up in a lot of cricket quizzes. Having played rounders there before he moved to Jamaica (to learn English and not his native Spanish), he became involved in club cricket. But it took a late parcel to get him to stick with the game. His parents eventually moved to the USA and their wish was for their son to join them, where he would study dentistry. But the post containing his travel documents did not arrive on time. Better for the game overall.

3. @ahmedleo414 - Don Bradman: 1931
The first of a couple of those who were previously ineligible, Ahmed once again went brave, and brave has worked superbly well for him so far.

5. @Aislabie - George Lohmann: 1889
After missing out on the past couple of rounds, Aislabie finally gets in one of his originally intended picks with Lohmann. And it's one hell of a pick too. Named among the first of the Cricketers of the Year (this was back when they would only discuss the impact on the English County circuit), this is what he hoped for, and he received.

6. @Yash. - Graeme Pollock: 1966
The Pollock family can probably just add "Wisden" somewhere in their middle names. Brothers Graeme and Peter made the list in the same year, while Peter's son Shaun did it in 2003. That's all three Test-playing Pollocks on there, and two in this Draft so far. I sense a pattern here...

7. @sanchitgarg - Joel Garner: 1980
The Bird. So many batsmen have said that with the ball coming down from something like 10 feet high, even those pitched on a good length will rear up and hit you in the chest. You get so accustomed to those balls bouncing maybe just over the stumps, now it's at your ribs. Can't play forward to those. And that yorker, seemingly a magnet for the base of the stumps, has embarrassed more than a few quality batsmen.

8. @Mittal2002 - Barry Richards: 1969
I'm not sure where to begin with Barry Richards, because for a guy who only played just a few Tests, he is without a doubt one of the best batsmen to have played. Politics robbed him of a longer international career. But what it would have been to have seen him and Yash's pick of Pollock batting together. Would have been something of an amazing sight.

9. @qpeedore - Malcolm Marshall: 1983
Admittedly I picked him even before checking the list, because I was so sure that he'd be on there somewhere. You ask any batsman of any era who was the greatest fast bowler who ever lived, and the overwhelming majority of them are going to pick this guy. Extremely fortunate to have gotten him.

Notable misses: Way too many, here's the full list.

No double picks, but I didn't expect any. There were a ton of great players to choose from, although, as ddrap said...selecting Zak Crawley would just have been hilarious.

You guys had it way too easy in this one, but it was technically a recovery round. This one isn't terribly hard, but there might just be a double pick around.

Pick a player who has debuted during the pandemic. I am taking that time period to be the beginning of the England vs. West Indies 2020 series to the present day. (EDIT: Only Test debuts count.)
Last edited: Jun 26, 2021

YES! My gamble paid off
Q

@ahmedleo414 I must say that in practically all the rounds you've been gambling hard and almost every chance you took has paid off.

ahmedleo414 said:
YES! My gamble paid off
Click to expand...

I will admit that I was quite set on Bernard Bosanquet since the beginning of this Draft, and the Wisden round might have been the perfect time to pick him, but...then I figured even though he invented the googly and all, it's pretty much just another stock delivery for a wrist spinner these days...so that's why when I had Round 4 in mind I switched to Marshall. Bosie should be recognised though. True innovator of the game.

Story of my life
Q

Haven't forgotten this. Just had a tough week. Will post the picks and have the next round up within the next day or so.
You must log in or register to reply here.