Bailey steps down as captain of the T20. Could well see another case where a player isn't in the side goes straight to being captain as Smith is the one being groomed as captain. All the other options look stop gap measures.

aussie1st said:
Bailey steps down as captain of the T20. Could well see another case where a player isn't in the side goes straight to being captain as Smith is the one being groomed as captain. All the other options look stop gap measures.
Click to expand...

Yea fair call on Bailey, especially if he wants to try and revive his test career. I always felt the AUS selectors could have given him an extra chance in those S Africa tests, instead of dropping him so quickly are the Ashes.

- O'Keefe gets his long overdue pick. Would have liked to see him in all the squads.

- Not 100% sold on Maxwell as the test cricketer, certainly can't see a scenario where he could play in the UAE tests

- Admittedly i haven't seen this Abbott bloke play, but is playing that well to be picked over known all-rounders like Henriques & Christian

- Interesting choice as Finch to skipper the T20 team. Might have chosen Watson or Smith - but it could work.

- I know the selectors still see Haddin as an important part of the ODI team heading into the W-Cup, but it might have been slightly better to give the back-up keeper like a Wade/Paine/Whiteman a look in that format at least. Haddin won't be keeper at 2016 T20 W-cup.

- I like the potential idea off Watson & Marsh playing in the same team for these test, AUS could basically have 6 bowlers - which would be super ideal in those conditions.

Steve O'Keefe, yes, good call. I'm with you. There was an article too on cricinfo about how similar to Herath he is in action. I think SOK will go very well in Asian conditions. It's a great time to get him into the XI, with Watson/Marsh able to be a 3rd and/or 4th seamer, and a couple of good quicks injured. His batting is good too so that means M.Marsh and SOK as your 6 and 8 would be just as strong batting wise as picking Starc + a specialist batsman (Doolan/Hughes). That gives the selectors more options.

Maxwell...he'll get good experience I suppose, but honestly, I wish they'd leave him at home. It's just an unnecessary roll of the dice. All his presence will do is worry Lyon, O'Keefe, Marsh and probably Watson too that they might get hooked at any second. The other thing with Maxwell is that I'm pretty sure Rod Marsh said they wouldn't play 2 off-spinners together. So if they pick Maxwell, they are dropping Lyon. Shoot me now. They already did that in India last year, didn't turn out well... Maxwell is a talented guy, no doubt. He'll play some good Test cricket one day, but he's got to make the team on merit first, and second he shouldn't be forcing Lyon out just because they spin the ball the same way.

Abbott is an interesting pick. That article mentioned his 50 over numbers in state cricket. But since that tournament happened at the very beginning of last domestic summer, those stats are 12 months old! More relevant would be that he took plenty of wickets in the A team 50 over tournament a couple of months ago.

I like the Finch call to captain, just because he won't be playing Test cricket. Playing all 3 forms fatigues the mind and body, so I like a white ball specialist to get it and give the Test guys a mental rest.

I think Haddin was named for all 3 formats simply to save another keeper travelling over and disrupting their domestic season. If Wade got picked for 1 T20I then he'd have to take a week out for Victoria, and miss about 3 50 over games. Not worth it, especially when the keeper will just be shoved down the order in that T20I. 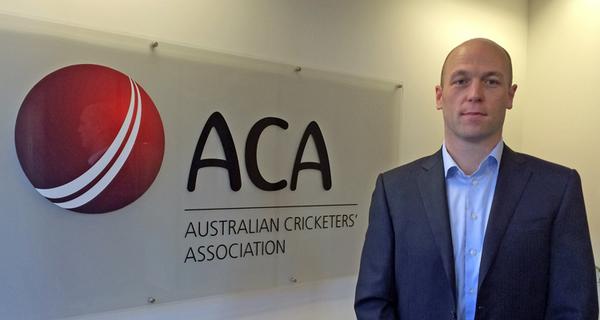 I am happy with the Test squad Australia has named for the series in the UAE against Pakistan. Steve O'Keefe was the obvious choice as the second spinner and his selection was long overdue. Mitch Marsh has been in good form recently and it won't hurt him to get some experience around the Australian Test team. Peter Siddle was my only worry because he doesn't do a lot with the ball in terms of swing. Jackson Bird is a tad unlucky not to have been selected because he is a quality swing bowler and his swing bowling would have been useful in the UAE conditions. Rod Marsh said it looks like Siddle has got his pace back up though, so if that is true I don't have a problem with his selection in the team. Siddle can be a very damaging bowler when he is in form. Maxwell normally plays spin well so it is good to have him us a option in the squad if we are struggling against spin and need to drop a batsman.
You must log in or register to reply here.