Now I'm going to take my number three, as I think I still need batting help, and luckily the first guy that came to my mind is available. I've recently read a summary of the 2007 World Cup and it seemed like this guy was doing a rescue job when his openers failed every single game. And almost every time he was successful. Ian Bell, maybe more noted as a number four, but he will play three here (unless I also bump Javed and RtD down with my next pick). 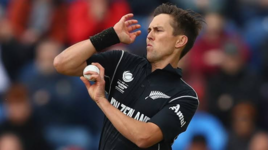 Quickly taking in Trent Boult before someone grabs him up

Graham Gooch, I've had to move Ed Joyce to 5th, to accommodate Gooch opening, but I think it'll be worth it

@Asham @Akshay. Are not active since couple of picks.

@qpeedore can to ahead directly.
Y

Desmond Haynes for my pick

Parth D said:
@Asham @Akshay. Are not active since couple of picks.

ahmedleo414 said:
I thought this was their last round and if still inactive they would be skipped for the next
Click to expand...

My second associate pick is the USA's Ali Khan. The heartthrob of the Trinbago Knight Riders, he's more known for his T20 exploits, but with a single actual ODI to his name and 9 List A matches at a bowling average of something like 15, he will slot in right alongside Roberts and Croft during the Powerplay overs. He can get the new ball to just tail into batsmen, and bowls some of the better yorkers in modern-day cricket when the ball is older. Good pick from me as far as I'm concerned.

Going with Glenn Turner here who was one of the first great ODI batsmen for NZ and showed up in style for them in the first few World Cups. His average of 47 was one of the highest in the world during his era and there is little doubt that if he played for a stronger team or in a later era, he would be getting much more fame and recognition that he does now.

I'm going to be travelling for most of today so will edit in the write-up for this (and update the index post) this evening. My next pick is Eddie Barlow.

@Murtaza96 - you have about four picks to make. If you miss your pick here you'll go on the skip list so I'd really recommend taking this opportunity. 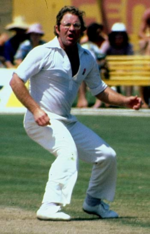 Eddie Barlow isn't really the outstanding opener available, but he was most certainly better than his List A batting average of just under 32. We already have his oft-teammate Graeme Pollock in the teammate; Pollock was notable for his long-standing world record innings of 222 not out, but the innings he beat was Eddie Barlow's 186, made against the "Graeme Pollock XI" in South Africa's inaugural Gillette Cup in April 1970. In Tests, he averaged over 45, which is indicative of his quality. Although he isn't going to be my chief run-scorer, he is definitely a more than capable anchor for my team.

Not only that, but Barlow was a bowler. Sporting a stunning bowling average of 18, the explosive Barlow bowled far quicker than the "right arm medium" listed on his Cricinfo page. To get a feel for his quality, one need only look at his performances for the Rest of the World against England in 1970. He's the last piece of my bowling attack, and one I arguably didn't need to include (so please somebody pick Nathan Bracken so that I can balance my team the way I plan to rather than picking eight proper bowlers).

I really hope Murtaza comes online before I make another pick in the morning, but I intend to give him every opportunity to do so before he joins the skip pile. 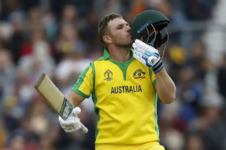 In an honestly shocking turn of events, I noticed that Aaron Finch was still unpicked. As such, the Nathan Bracken plan has to go into the bin because I can't pass up a player who scores this many runs, at this sort of pace, this consistently. He has particularly come into his own since 2017, which coincides with his first taste of the Australian captaincy. He can be measured - such as in his 124-ball 114 against India recently - just as well as he can be destructive. How destructive? Well, he is the proud owner of two of the three T20I scores above 150. An absolute steal at this late stage in the draft.

As for Bracken - he'll be autopicked into one of the teams if nobody grabs him before then.

Had my eye on Bracken from the start of the draft, thought he would go under the radar and I would end up picking him up around this time if I'm lucky. Well he did not go under the radar at all, becoming the most talked about player of them all but is still unpicked. Pleased with this one.

@qpeedore
You must log in or register to reply here.