Neptune said:
Oh I can move to Australia if you want Pakistan
Click to expand...

Sorry, was up late and tired when I did it, will add them soon, thanks. 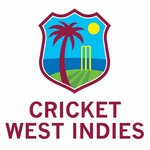 So i'll take Pakistan, @Neptune you have the Windies to choose too now

I'll stick with the Aussies, feel like selection will be more interesting with them

Am thinking an Australia tour of Zimbabwe, and an England tour of Pakistan might be the perfect place to start.
It fits in well with the existing schedule which I would like to stick to, but I plan to add extra tours so each team plays at least 2 Home and 2 Away series per season.
I will come up with a schedule for both tours and a list of players for managers to choose an XI for a Zimbabwe A and Pakistan A tour match after initial squads are chosen.
I think we will start with the T20s and ODIs so players can acclimatise for the Test series better.

Choose a 16 man Australia T20 squad for a tour of Zimbabwe.

Choose a 16 man England T20 squad for a tour of Pakistan.

Choose a 16 man Zimbabwe T20 squad for your series with Australia.

Slowcoach said:
Choose a 16 man Pakistan T20 squad for your series with England.
Click to expand...

Yes, I'd like to see how some of the older players do in T20s, this game allows you to play T20s but player ratings aren't official, this game is mostly for Tests.
The game has 4 levels of aggression for batting, the higher the scoring rate the more chance of being out.
I use the higher aggression levels for ODIs and T20s and scores work out well, a total of 200 is possible in a T20 and sometimes a batsman makes a hundred.
If it helps you choose a team, a defensive batsman who averages 30 in Tests can still average 20 at a strike rate of 120 in T20 cricket in this game.
Big hitters generally do better, a player like Javed Miandad will have a higher T20 average and strike rate than most.

Was an interesting experiment to select this team, probably need to drop some high profile players from the main 11 too

Here is the schedule for the T20 series

Please choose your XIs for the following T20 match bearing in mind any injuries:

2 pace bowlers down with injury is harsh, you can call up an extra seamer to your squad as cover and have them flown in if you like.
Last edited: Aug 7, 2022

Damn those injuries are ruthless, probably allows us to embrace full bat deep tho. I shall bring in M.R.Whitney as temporary cover

Thanks for your XI, will try to stick to the 6 bowlers you listed for this game.
You must log in or register to reply here.